The 10th Annual Indie Series Awards nominations were revealed on Wednesday in a Facebook Live broadcast hosted by former winners Dee Freeman and Michael Taylor Gray. The ISAs celebrate the best in independently produced entertainment created for the Web. Nominees were announced in 30 categories.

Giants led all series with 19 total nominations, followed by After Forever with 14. Those shows will compete in the Best Drama Series category with Conversations in L.A., In Absentia, The New 30, Only Children, Riley Parra and What’s Your Status. 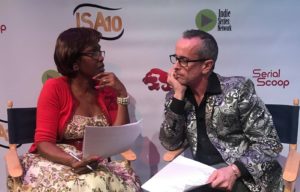