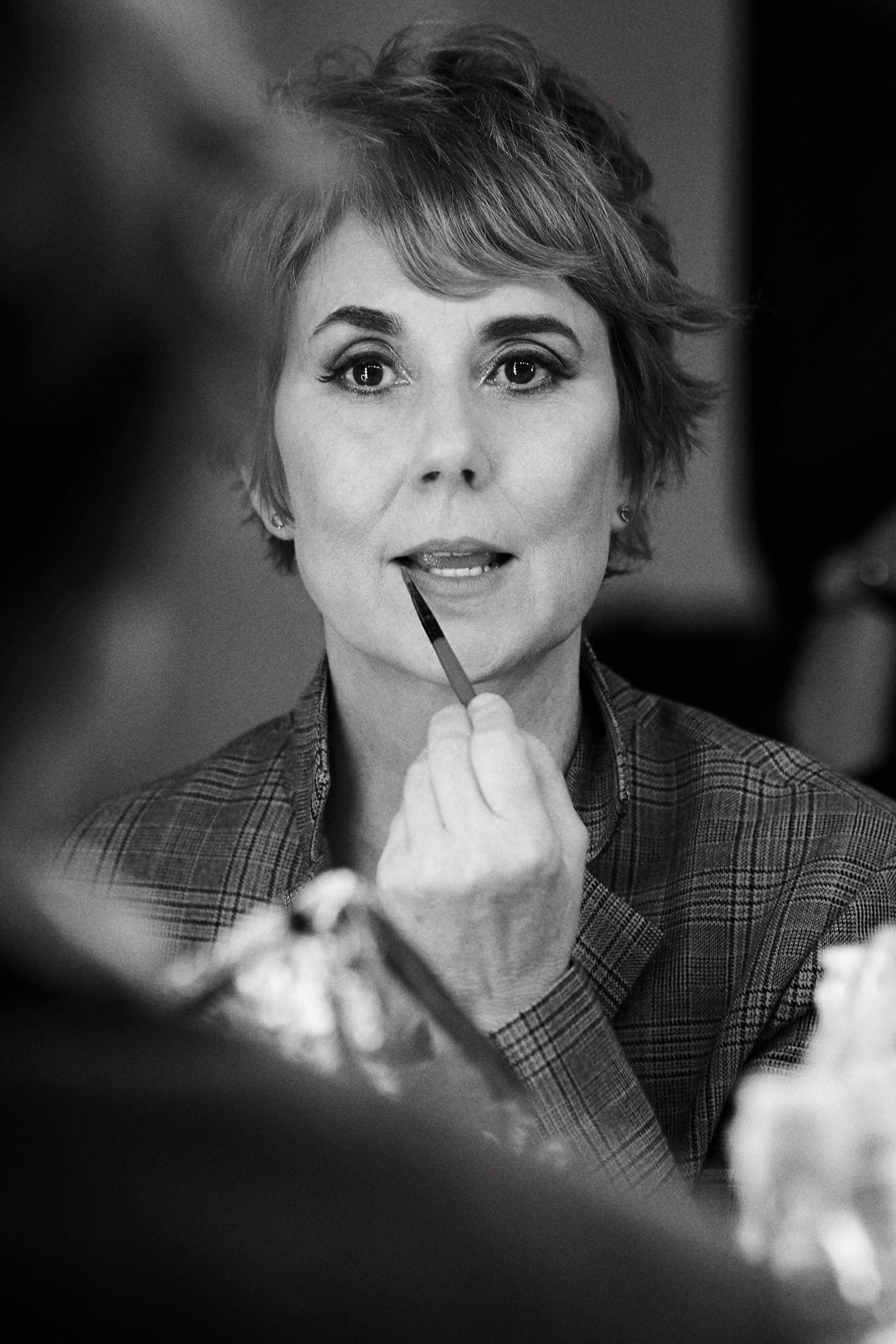 “Anne Marie Cummings plays the only character who gets beyond cliché: a wide-eyes Nebraska ditz who in the second act lands the most convincing and articulate challenge to the left-leaning jurors.”

“And the well-honed cast – including four key actors from the earlier Rep version – supplies a crackling, stinging intensity that never flags…The actors make the transformations persuasive. Harrison and Cummings, in particular, add new textures to their earlier portrayals.”

“When Artistic Director Mark Cuddy announced that Antigone would be part of his inaugural season at GeVa, he said that he had already cast in the title role ‘one of the best young actresses working in the country today.’ That actress is Anne Marie Cummings, a 1990 graduate of Carnegie Mellon University.”

“One of the reasons Edward Call picked Antigone was to work with Anne Marie Cummings, an “extraordinary actress” who had previously auditioned for him.”

“Her glowering eyes and face puckered in a perpetual scowl, Anne Marie Cummings captures the spirit of the defiant and rebellious Antigone. The actress is equally beguiling as the impish youngster who is not above playing tricks on her nurse…”

“As Antigone, Anne Marie Cummings embraces the role of the wild but determined childlike woman who seems to be everywhere on the stage at once.”

“Antigone is the young romantic, and Anne Marie Cummings gives her plenty of fire and an appealing fragility.”

“If the mark of an important and interesting play is its ability to spark discussion, then Jean Anoulih’s Antigone qualifies. The drama provides enough cerebral fodder to chew over and debate long after the final scene of the Cleveland Play House’s production. Its most passionate moments are provided chiefly by Anne Marie Cummings, who shows Antigone’s youthful mischievousness and rash, uncompromising nature.”

The Three Sisters, by Anton Chekhov

“There is a third sister, the youngest, Irina, the ingénue part, in which an actress can be very good or very bad. I thought when I first laid eyes on Anne Marie Cummings that she, especially, was too much a healthy cornfed American girl for the role, her long black hair falling down around her shoulders. But when she said: “What feelings! What feelings!” I started to shiver, and before the end – when, dried up, as she thinks, embittered, as she thinks, at 23, “thinner, uglier, older,” but still passionate, she’s put her hair up – she had me in full, total spell.”

“The woman, Rosaura (a wonderfully pure performance by Anne Marie Cummings), provides the subplot. Dressed as a man, she journeys to the palace to win back or kill Astolfo, the love who has deserted her and destroyed her honor.”

“All of the actors do a wonderful job. I particularly enjoyed the performance by Anne Marie Cummings who plays Rosaura.”

“Anne Marie Cummings plays Gregor brilliantly – scratching her ear with her elbow, rubbing her hands and splaying her feet with terrible familiarity. Her scalped haircut, her choking bow tie, and the sheen of sweat on her face as she skitters on all fours vividly convey the nightmare borderland she inhabits as Gregor, torn between inspect impulses (for garbage and dark places) and human feelings. One scene, where she sits by her window looking out over the gray city with a kind of wistful normalcy, is about as touching as theater gets.”

“Cummings, scuttling casually about with one thumb tucked jauntily in her waistcoat pocket, made Kafka’s Gregor the most petite bourgeois insect imaginable.”

“Cummings infuses Taylor with fierce strength and a bravado that clearly masks a lonely soul…Cummings’ role of Taylor was originally written for a man. That it is so successfully acted by a woman suggests that the complexities of friendship at the heart of “K2” transcend gender.”

“The prostitute Marie (the compelling Anne Marie Cummings) bears his child and accepts his money, but cuckolds him with an arrogant drum major)…The actors move well, but few in the cast speak Carl R. Mueller’s translation as authoritatively as Cummings and Arp.”

“The play goes into high gear when Puck (Anne Marie Cummings) enters the scene. Cummings is superb in the part of Puck. Mercurial and light on her feet with all the varied emotions of the part, she gracefully delineates the amoral spirit with charming and blood-chilling accuracy. It is not often that a performer dares to reach into the not-quite-human aspect of Puck, and to see is so well done is a high-water mark for the Austin Shakespeare Festival.”

The Diary of Anne Frank by Frances Goodrich and Albert Hackett

“I saw this sensitive, warm young dreamer come alive on stage with the talents of Anne Marie Cummings, who really IS Anne Frank. She can move your every emotion as you watch her relate to the cast around her with her own interpretation of a 13-year-old.”

“Anne Marie Cummings (Constanze) is a most welcome addition to the Austin theater scene. Lavishly beautiful, Cummings played her scenes like summer tempests at sea, blowing emotions this way and that.”

The Mercy Seat by Neil Labute

“In her performance Cummings manages to capture the contradiction in Abby’s personality, conveying both the forcefulness that makes her believable as a successful finance executive and the neediness that causes her to make bad personal decisions.”

In a Forest, Dark and Deep by Neil Labute

“As Bobby emotionally probes into the mind and actions of his sister, Cummings becomes LaBute’s Russian nesting doll — revealing hidden layers while illustrating her range and dexterity as an actor.”